This is my website. This is my blog, as apparently, I have decided to join you all in 2003.

Thanks Brendan Bond for building this site for me, it is beyond overdue, I owe you many sessions.

Like every other drummer post COVID, I am available to record your drum tracks at my house. I am available to teach via Skype or Facetime or Zoom or whatever your preference of conferencing app. I am totally game to write copy for your magazine or website or edit your chapbook.

Without further ado, here’s some exciting original content that perhaps tens of people will read.

Playlists may be the only currently redeeming feature of Spotify*. I still have one from my son’s birth, the full setlists of several wedding and country bands that hire me on occasion, and if I want to find a playlist dedicated to the work of one particular studio musician, some enlightened user has probably made one. As someone who absorbs music by osmosis, this can be a great learning tool. I spent a few days last month biking around at night with a Jim Keltner playlist, and then a Steve Jordan one, and I was delighted by David Garibaldi’s signature sound in a smooth jazz context, but then I wondered about some not-quite-household-name players. For starters, Willie Hall. He didn’t have a playlist yet, so I decided to fix that. 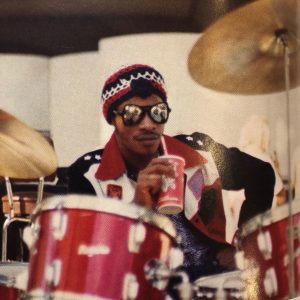 Who is Willie Hall? He was the second drummer in the Bar-Kays (replacing Carl Cunningham after the 1967 plane crash that took Otis Redding and most of the band) and thereby one prolific session player on the Stax Records output of the 60s-70s. He also followed Al Jackson Jr. in Booker T. and the MGs after his 1975 murder. That’s him on the theme from Shaft, and he was the drummer in the Blues Brothers movie. Apparently, when they were casting the band for said film and Steve Cropper was trying to locate him, Willie was driving a popsicle truck as Stax had folded and Isaac Hayes had closed his studio.

Of particular importance to me is his flawless showing on Isaac Hayes’ Hot Buttered Soul LP…there’s a playbook he’s operating from on there that is worth studying, definitely go get it in your ear if not familiar. He seems to have a slightly heavier touch, especially in the kick drum when he wants to and has a real skill at making longer tracks just simmer for 10+ minutes without forcing them in any particular direction.

I’ll be adding to this, but here are some highlights of what I found:

TL;DR here’s a dope playlist of tracks with Willie Hall playing drums. If I’m wrong on any of these, or you have one I need to add, feel free to email me.

*Spotify’s streaming rates are atrocious and their indifference to artists is appalling. Buy music directly from artists whenever possible.

If you like what I do, feel free to randomly Venmo monies to @hardproof with “insulin is expensive” as the description, so I know it’s for me…or find me on Patreon while I figure out how that works.